The Cruise Edit – The Mediterranean & The Arabian Gulf

In our Cruise Edit, we explore destinations from the Mediterranean to the Arabian Gulf onboard the new revolutionary MSC World Europa sailing from Winter 2022.  Whether you wish to marvel at the extraordinary cities and ports of Spain and France or discover exotic destinations in the Emirates, step aboard one of the most sophisticated ships on the sea.

Cruise the Mediterranean in style.

In summer 2023, the MSC Europa will offer 7-night cruises calling at the picturesque Mediterranean must-see destinations including the Italian ports of Genoa, Italy, Valletta in Malta, as well as Barcelona in Spain and Marseille in France. Traveling on an MSC Cruise to the Mediterranean means coming within reach of the best in culture, tradition and monuments that have for centuries enriched its shores and the opportunity to get a closer look at these historic ports. 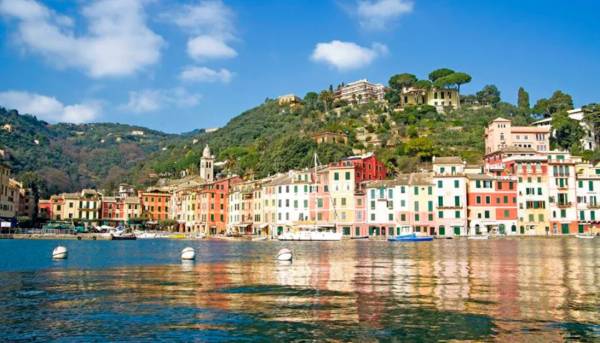 During a holiday to Genoa you can explore its old town: a dense and fascinating warren of medieval alleyways home to large palazzi built in the sixteenth and seventeenth centuries by Genoa’s wealthy mercantile families and now transformed into museums and art galleries. You should seek out the Cattedrale di San Lorenzo, the Palazzo Ducale, and the Renaissance palaces of Via Garibaldi which contain the cream of Genoa’s art collections, as well as furniture and decor from the grandest days of the city’s past, when its ships sailed to all corners of the Mediterranean Sea.

Valletta  – The UNESCO-protected port of Valletta, the capital of the island of Malta. 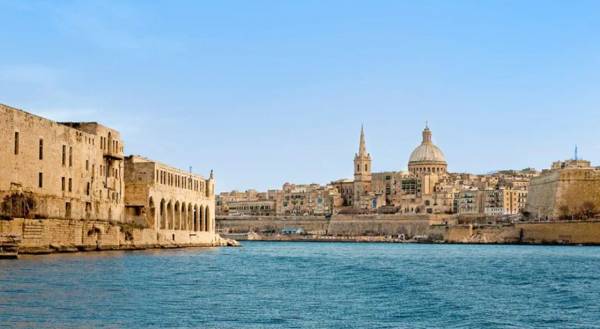 You can admire this port, constructed in the second half of the 16th century by the Frenchman Jean de la Valette and moulded by the religious and military Order of Saint John of Jerusalem, from your MSC ship even before disembarking. The over 300 monuments rising in little more than half a square kilometre make this a place with one of the greatest density of historical attractions to visit during a cruise, not to mention other attractions such as its beaches, seaside locales and restaurants. An excursion to the island can start right from its capital, Valletta, which enchants the cruise-goer with its famous Maltese balconies, which decorate the facades of houses in its old quarter. Surrounded by a multitude of churches, which the islanders assure are as many as the days of the year, the St. John’s Co-Cathedral is one of Malta’s biggest tourist attractions. 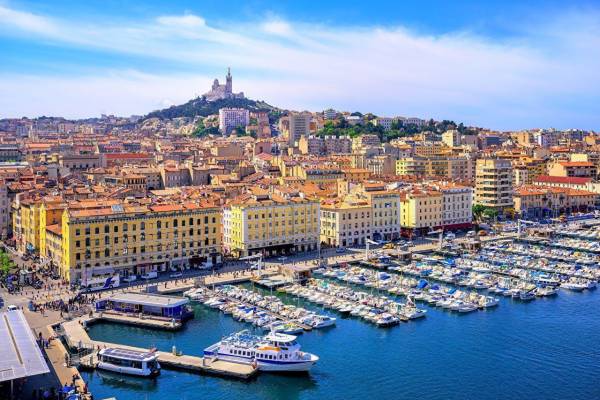 On the spectacular coastline of the French Riviera lies Marseille. This atmospheric port city is known for its unique mix of grit and glamour, seen in its labyrinth of streets and historical architecture. Only a few miles from Marseille’s charismatic cafes and bustling Vieux Port, stunning cities are to be found. Visit Aix-en-Provence, the birthplace of Cézanne, or take in the ancient beauty of Avignon. 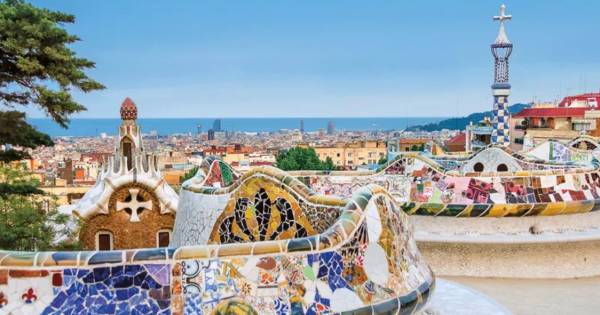 One of the busiest cruise ports in the Mediterranean, the seaside city of Barcelona is known for its iconic architecture, colourful culture, and world-class culinary experiences. Explore Antoni Gaudí’s surreal Sagrada Família, the famous boulevard of Las Ramblas, the medieval Barri Gótic, and the Museu Picasso. But there’s even more to discover in this sprawling Spanish city,  from hidden tapas bars and fabulous food markets to Europe’s biggest football stadium.

Suspended between future and tradition, the Arabian Gulf evokes oriental fascination, with landscapes set between the turquoise sea, the warm colours of the desert. Where once there was just desert, today we find the tallest buildings in the world, the most luxurious hotels and the boldest of architecture that coexists with the historic palaces and the remnants of the long and rich Arab history. Indulge in this luxurious journey with an MSC Cruise, an old tradition that is also a part of the progress made by the Emirates in recent years: Abu Dhabi and Dubai will surprise you with their daring, futuristic architecture, and Sir Bani Yas island will enchant you with a dream beach experience or a safari like no other between the mangroves, the desert and the protected bay areas. 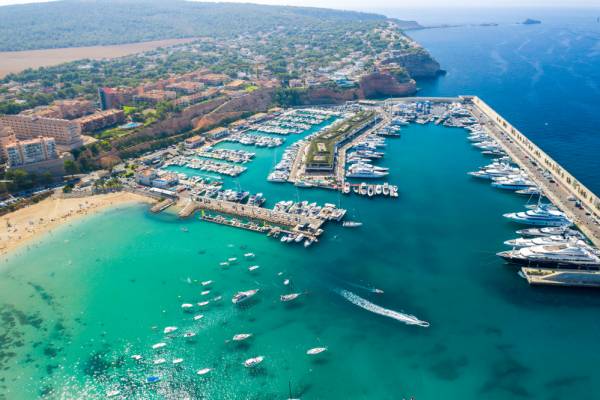 A shore excursion on your MSC Emirates and Oman cruise can be the opportunity to discover Bur Dubai, at the heart of the metropolis of Dubai, on the south side of the breezy Creek. It’s the oldest part of Dubai and it offers a fascinating insight into the city’s traditional roots. This is where you’ll find many of the place’s most interesting Arabian heritage houses, clustered in the beautiful old Iranian quarter of Bastakiya and the waterfront Shindagha district, as well as the excellent Dubai Museum and the atmospheric Textile Souk.

Abu Dhabi – The pleasure of the untamed luxury. Leading attractions on your Dubai, Abu Dhabi & Qatar cruises to Abu Dhabi in the United Arab Emirates include the extravagant Emirates Palace hotel and the even more spectacular Sheikh Zayed Mosque, while the various attractions of Yas Island, home to the vast Ferrari World theme park, lie just down the road.  Some 15km from central Abu Dhabi, the mighty Sheikh Zayed Mosque dominates all landward approaches to the city, its snowy-white mass of domes and minarets visible for miles around and providing a spectacular symbol of Islamic pride at the entrance to the capital of the United Arab Emirates. Completed in 2007, the mosque was commissioned by and named after Sheikh Zayed bin Sultan al Nahyan, who lies buried in a modest white marble mausoleum close to the entrance. The mosque is one of the world’s biggest and is unusual in being one of only two mosques in the UAE open to non-Muslims. 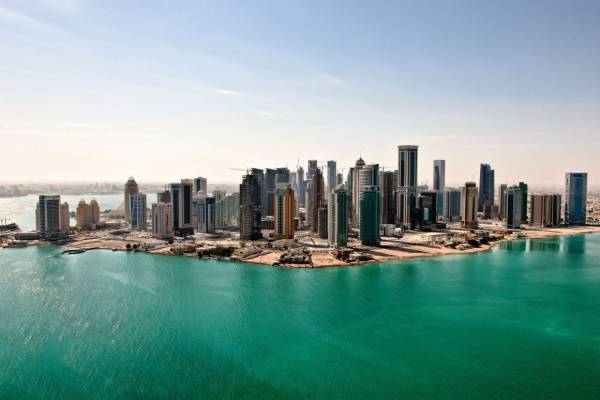 Doha, the country’s futuristic capital on The Gulf, a city is preparing to host the 2022 World Cup, enhancing its already awesome skyline with new super modern skyscrapers. The Aspire Tower in Doha (300 meters) dominates the skylines. It is the highest building of the country, whose shape is akin to a torch. This building is located near the city of sport, which has already hosted events such as the XII Pan Arab games and which will have a central role during the World Cup. Much of Doha, including places of worship such as the new mosque in the Qatar Faculty of Islamic studies, seems to be already in the future. Don’t miss a visit to the Pearl, a futuristic artificial circular port which is being developed to the north of the city centre. The ancient heart of the city still beats strong.  In the historical centre of Doha you will find a Suq where everything – from camels to gold – can be exchanged, and the AlKhoot fortress, dating back to the end of the nineteenth century and now converted into a museum. 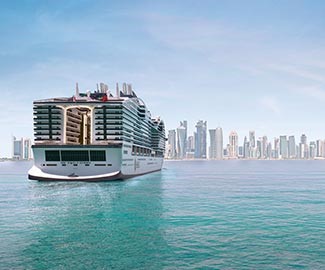 Walk through the distinct districts on board, each with their own mood and experience, offering something different for every type of guest. Enjoy the next-level dining, based on seasonality and carefully curated immersive experiences with a strong focus on artisanal and craft products. Choose from a wide range of accommodation options to satisfy every taste, with a staggering 19 different categories and 65% of cabins offering sea views. Get ready to sail on MSC World Europa from December 2022.

Whether you’re travelling for work or leisure, our Travel Advisors are here to give you insider tips, local knowledge, and the latest openings in some of the most exciting destinations around the world. Contact our team for all your travel needs and let us plan your next trip, email res@frosch.ie