As summer sunshine gives way to cooler crisp days, travellers can bask in the quiet and calm as cities come into their own when autumn arrives.  Whether you wish to discover somewhere new or revisit an old favourite, an autumn city break could be just what you need to keep you going in the coming months. Here are some of our favourite city break destinations, each with its own unique offering.

Any time of year, Nice welcomes its visitors with blue skies and sea.  Autumn is one of the best times to visit the city as it is warm and sunny but not hot, ideal for enjoying all it has to offer. 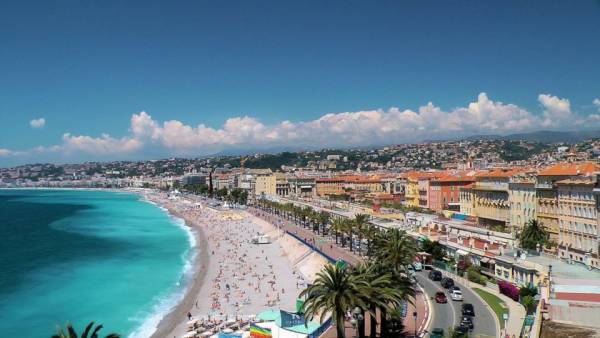 A few of our favourite things to do in this oceanside city include:

Where to Stay – Our Top Picks: 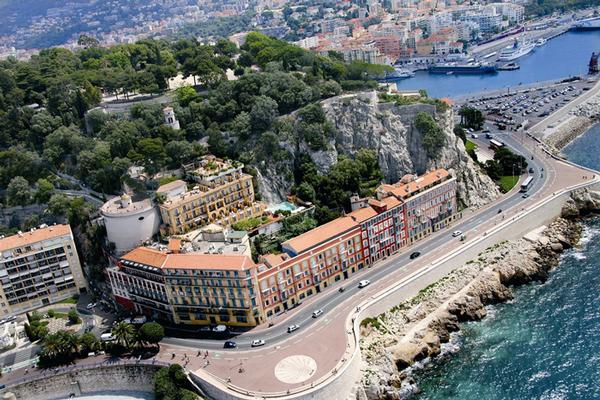 Hotel La Perouse is an intimate 56 room luxury oasis around the corner from the harbour of Nice and next to Old City, with breath-taking views on the Baie des Anges. This boutique hotel combines cozy intimacy with Mediterranean chic in an exclusive and quiet location. You will find charm, peacefulness and emotion in a place where accents of the South of France are expressed with a gentle modern touch. An outdoor swimming pool, a Jacuzzi, a sauna, a small fitness room and a panoramic solarium.

For over a century the Negresco has been writing the legend of Nice and the French Riviera.The striking pink-and white building itself, complete with a domed tower, is a National Historic Monument and faces the Bay of Angels. The most sumptuous suites have balconies overlooking the sparkling sea. Many hotels claim to have a world-class art collection but in the case of the stunning Le Negresco, it is utterly true—and then some. 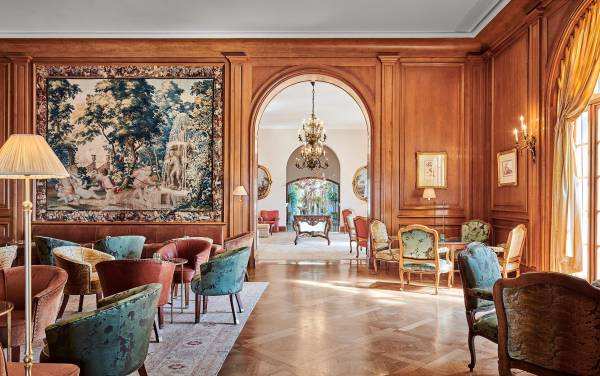 Set amidst picturesque meadows, whitewashed houses and cobbled streets, the Palace is an idyllic sanctuary in the artistic heartland of the Côte d’Azur. Recently restyled and with sweeping panoramic views of the verdant landscapes, this prestigious property offers a total of 40 elegant guest rooms and suites and six villas, along with a stunning infinity pool, tennis courts and an award-winning spa. Savor the Michelin-starred gastronomy at Le Saint-Martin or the flavors of the Mediterranean at L’Oliveraie under a shaded olive grove. It remains a quintessential escape, where the charm of historic Provence blends effortlessly with a contemporary lifestyle, just a deceptive 10 miles from Nice Airport.

The Catalan Capital of Barcelona with a rich history that stretches back to Roman times and beyond, offers visitors a wealth of cultural experiences. In addition to the famous Sagrada Familia and Parc Guell, there are so many hidden gems from quirky museums and one-of-kind bars, to authentic local tours, secret gardens in the Gothic Quarter, here is a small flavour of what this magical city has to offer.

Where to Stay – Our Top Picks:

The Hotel Arts has a unique location on the sea-front, within Barcelona’s Olympic Village area. 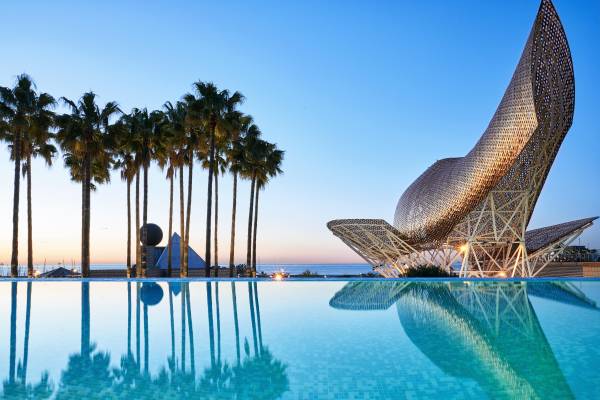 Hotel Arts, operated by Ritz-Carlton is a striking, contemporary hotel, with a graceful silhouette and offers spectacular views of the city and the Mediterranean. The hotel is known for its superb service, a wealth of indoor and outdoor dining options, luxuriously appointed rooms, suites and 28 duplex Penthouses with every amenity sophisticated travelers expect. In 2004, the hotel opened its new, dual-level spa on the 43rd floor, with amazing views and a wide range of treatments. 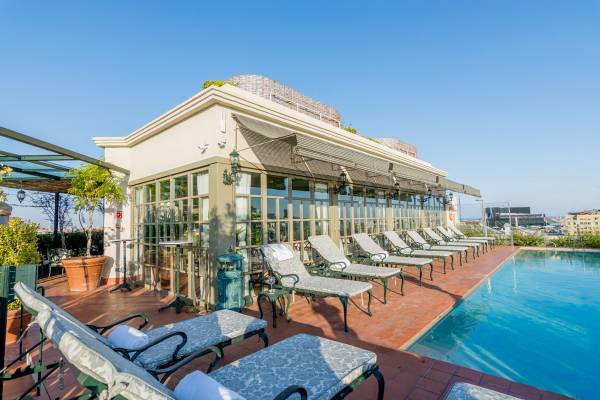 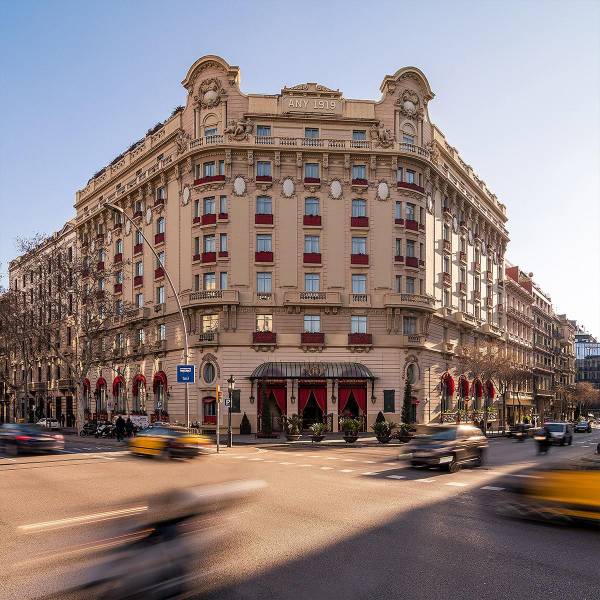 Central to the hustle and bustle of downtown, El Palace Barcelona is located steps away from the exclusive Paseo de Gracia, the mythic Las Ramblas and the historical Gothic District, yet inside the hotel is a quiet haven of blissful elegance. Boasting one of the largest rooftop terraces in the city with a 360º view, the sun dips behind far-off cupolas. Feel the pull of the history from 1919 when you are back in your spacious and neo-classical room, the huge marble bathroom in muted tones surprises as well as the original fireplace, all combined with the state-of-the-art facilities. End a blissful day exploring the city experienced the atmosphere in the unique Bluesman Cocktail Bar: you can travel from the rhythm and blues to the Cuban notes on Fridays, shaken by the Cocktail Master’s magic hands and soul. 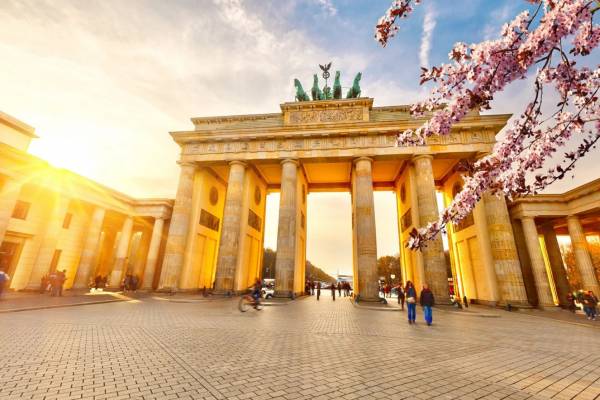 Next stop is one of the most exciting cities to be found in Europe. Having earned a reputation as a trendy, unique, world city of culture, Berlin offers not only offers a youthful, hip tourist vibe but is the capital and chief urban centre of Germany, along with buildings and sights that represent the history of an entire nation.

Some of our favourite attractions in Berlin:

Where to stay: Our Top Picks 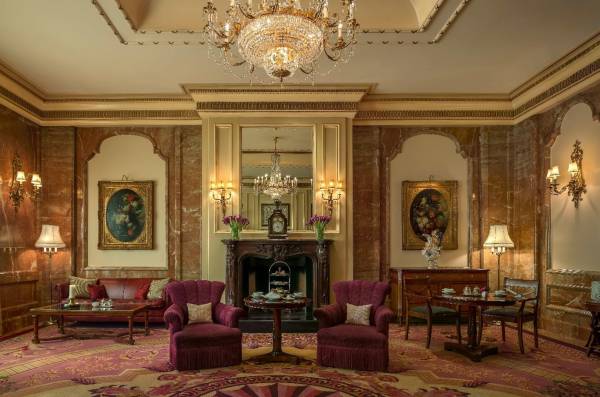 Located directly at the beautiful Gendarmenmarkt square in the historical centre of the capital, Regent Berlin is certain to satisfy with its remarkable view of the two 18th – century cathedrals as well as the old concert Hall. 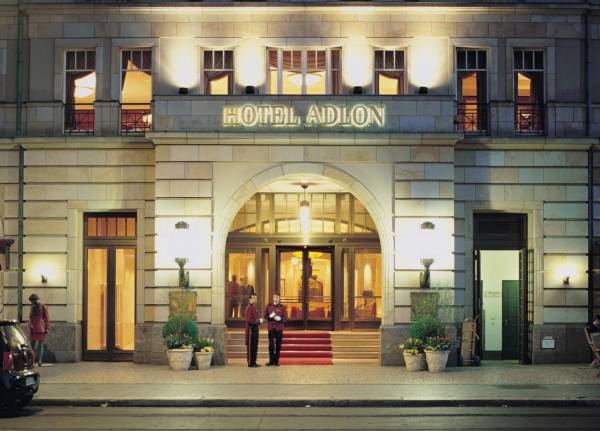 The Hotel Adlon Kempinski is located right next to Berlin’s most famous landmark Brandenburg Gate in the heart of the city, Berlin’s premier address, which has fascinated guests since 1907. 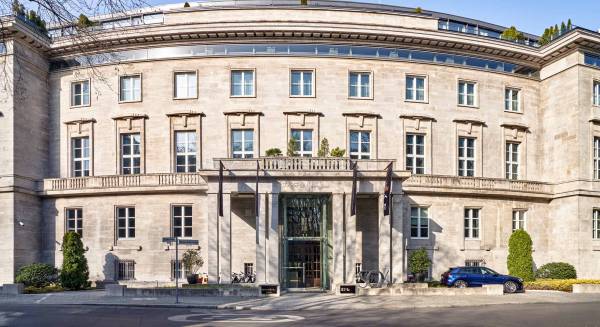 One of Berlin’s most reputable hotels would be the luxurious lifestyle hotel SO Berlin Das Stue, located right in the city centre, in Berlin’s diplomatic quarter. Originally built in the 1930’s, inspired by Danish classicism,  SO/ Berlin Das Stue’s diplomatic legacy is evident in the heritage building’s stately architecture and modernist façade.

Italy’s Floating City is to be explored by foot or by water. 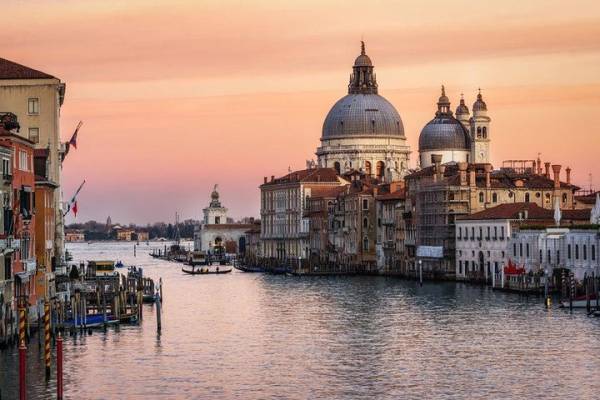 Venice sits on a network of 26 picturesque canals. There are no cars or buses in the winding, Renaissance-era streets.  Stroll through Venice’s mythic cobbled Old City or enjoy a gondola ride, the quintessential Venetian experience.

Here are just some of the city’s top things to do.

Where to Stay, Our Top Picks:

Aman Venice is a historical Palazzo located on the Grand Canal at the heart of Venice. 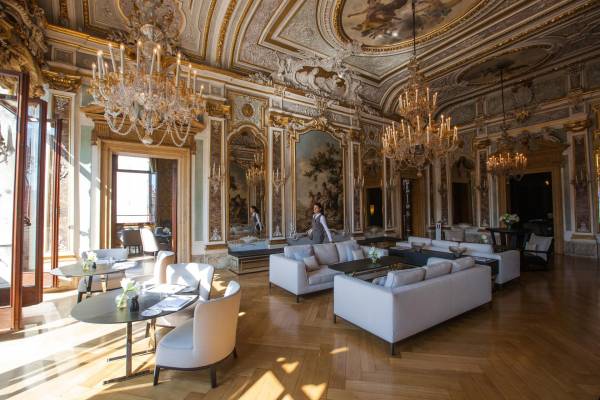 The Palazzo has museum quality art and treasures. It was built in 1550, and is one of only 8 palazzo monumentali on the Grand Canal. It features 2 piano nobile – the grand floors that were used for lavish entertaining by the Papadopoli family who acquired and transformed the Palazzo in 1864. It was restored and opened as Aman Venice in June 2013. The reception rooms feature chandeliers, frescoed ceilings, terrazzo floors and sparkling views of Venice. The Palazzo now has 24 rooms , some with the original historical details. The Palazzo features two gardens, with the main garden facing on to the Grand Canal. The gardens ensure that wherever you are in the Palazzo, there is light all around, a unique in Venetian Palazzo. 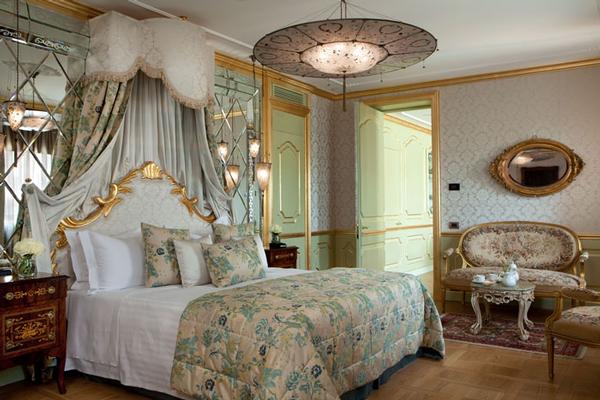 Housed in a magnificent 12th-century Venetian palazzo, reputed to have played host to the Templar Knights, the Baglioni Hotel Luna is the most ancient hotel in Venice and just a stone’s throw from St. Mark’s Square. The hotel offers spacious, tastefully furnished rooms and suites with breathtaking views of the Lagoon, some with large private terraces like the stunning San Giorgio Terrace Suite. Its refined Canova Restaurant serves excellent Italian cuisine, and the 18th-century frescoed Marco Polo Ballroom welcomes guests for a unique morning breakfast. Baglioni Hotel Luna is part of the Baglioni Hotels, a collection of Italian luxury hotels.

Elevador da Bica – jump on one of these trams up the hills of Lisbon. 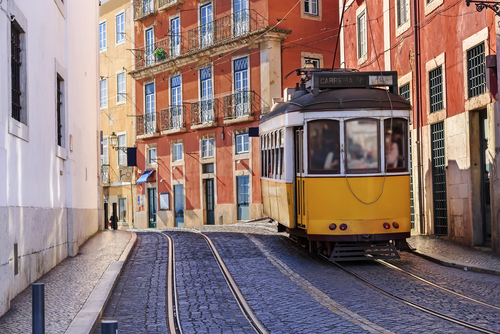 Ever popular, ever accessible, with its rich history, abundant culture and beautiful pastel buildings, Lisbon makes for a perfect Autumn short-stay getaway. With so much to see and do from visiting museums to listening to traditional Fado music, you can easily busy yourself from morning to night. Alternatively, simply amble about, meander its streets and absorb the smells and sounds of this energetic and beautiful city. Whether you’re a solo adventurer, a group of friends or looking for a romantic break, Lisbon delivers, in abundance.

Lisbon offers visitors so much to see and do. Our favourite things to do in a weekend:⁠⁠

Where to stay: Our Top Pick: 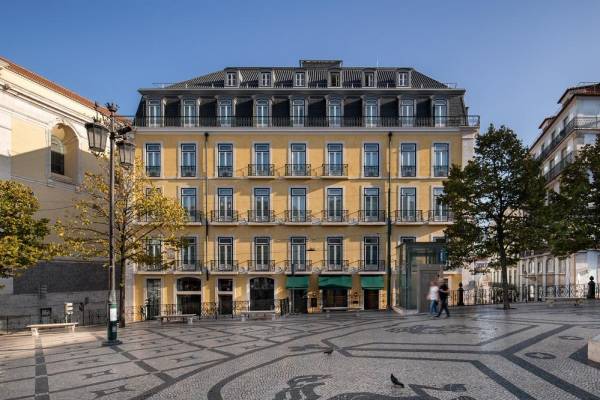 One of our favourite places to stay is the 5-star Bairro Alto Hotel. Located in the heart of Lisbon in the historic neighbourhood of Bairro Alto, it is a member of The Leading Hotels of the World. It reopened in 2019 after a full renovation and now has 87 rooms and suites offering its guests tranquillity and comfort in a perfect location. 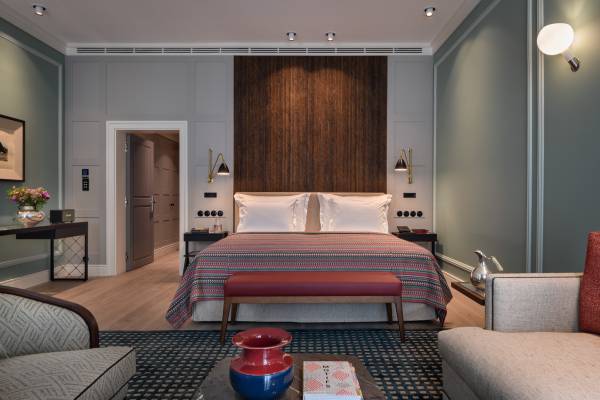 Each room and shared space, from the lobby to the lounge, has been lovingly created with the soul of Lisbon as its inspiration evident through the colour palette, interior design, soft furnishings and materials. It has the lovely balance of modern and bohemian and retains the charm of the heritage building.

Dining at BAHR – Bairro Alto Hotel Restaurant: Located on the 5th floor with a fabulous view over the river Tagus, open to guests and non-guests, visitors can expect a modern and informal atmosphere where the kitchen plays the starring role. The exclusive menu created by Chef Nuno Mendes and Executive Chef Bruno Rocha is full of surprising culinary combinations where you will be treated to the best of Portuguese cuisine. You will want to return here because of its rich interiors, sumptuous dining and wonderful service. 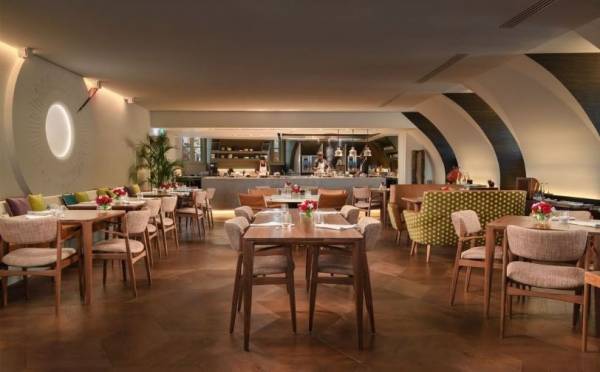 Whether you’re travelling for work or leisure, our Travel Advisors are here to give you insider tips, local knowledge, and the latest openings in some of the most exciting destinations around the world. All of our featured hotels have Exclusive Amenities when  booked with FROSCH Ireland. For details, contact our team for all your travel needs and let us plan your next trip: Email res@frosch.ie